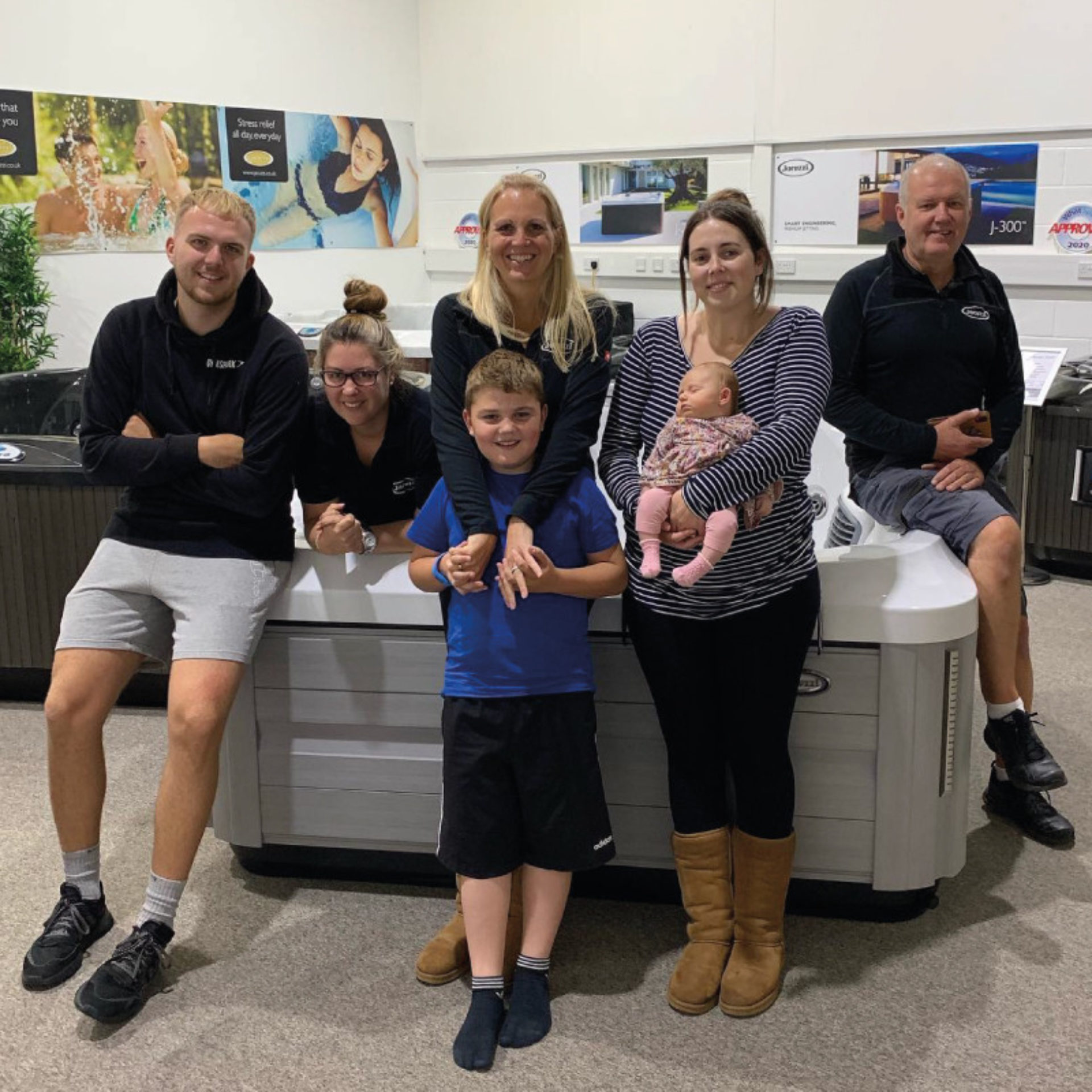 A name you can trust

Our family-run business holds a strong mission to deliver quality products and life-long, exceptional customer service. We believe hot tubs should not end up as expensive garden ornaments, or that our job ends when your hot tub is delivered – whether you brought your hot tub 5 minutes ago, or 25 years ago, we will be there for you. We have three showrooms – Bicester, Oxfordshire, Gloucester & Meriden, West-Midlands. We encourage you to come in and ask as many questions as possible. It is important you are comfortable and happy with any decision you make when purchasing a hot tub.

If you would like to discuss your requirements with one of our helpful team members, please get in touch.

Whether you need maintenance, product manuals or ongoing support for your hot tub we're here to help.

Explore the Hot Tubs and Swim Spas in the person in one our showrooms and outlet centres.

Sapphire Spas Limited was established in Bicester by Andy McBride and Keith Ruggles in April 2004, initially to import the fantastic range of Sapphire Spas hot tubs from Australia. The Sapphire range offered quality and innovative features at a price not seen before in the UK market. The business quickly expanded with new showrooms in key locations.

The growth in the Australian economy led to a significant increase in the strength of the Australian Dollar meaning that the Sapphire Spas product came under increased pricing pressure. In 2009, we added Olympic Spas to our range. These products again represented exceptional value for money and used the American Balboa control systems and Aristech or Lucite acrylics.

In recent years, the hot tub market has become very competitive in the UK with huge numbers of hot tubs being imported, which are not always of the quality that customers expect. In 2011 we were approached by Jacuzzi®, the inventors of the hot tub, to sell genuine Jacuzzi hot tubs. Whilst we were initially concerned about the size of the market for such premium products, we were soon convinced by the quality and innovation throughout the Jacuzzi range. Features such as ClearRay water management and the patented PowerPro jets mean that the higher initial cost is a worthwhile investment for our customers. Their offer of 0% finance also makes their range accessible to customers.

Trading as Hot Tub Studio, as you can see, we have a long history of experience in the UK hot tub market. We have showrooms in Oxfordshire, Gloucestershire and the West Midlands exclusively selling the Jacuzzi range of hot tubs. We pride ourselves in our ability to offer a high level of service to our customers both at the time of installation and during the time of ownership. We are able to offer service and maintenance for Jacuzzi hot tubs, Olympic Spas, and Sapphire Spas in all of the areas that we cover.

Some of the things you can expect from Hot Tub Studio:

We will respond quickly to your service request to ensure you enjoy as much time as possible in your hot tub. We are always happy to offer advice and training over the phone.

We are always on the look out for ways to help save you time, money and enjoy maximum pleasure from your hot tub – whether that be a maintenance tip or a new product – we try and test everything so we can speak from experience.

Love it or hate it, social media looks like it is here to stay. We have a presence across most of the popular social media platforms, so you can read our latest news whilst catching up with what your friends are doing.

We aim to ensure every point of contact with us is pleasurable. We try to explain procedures and products without using technical jargon or insulting your intelligence.